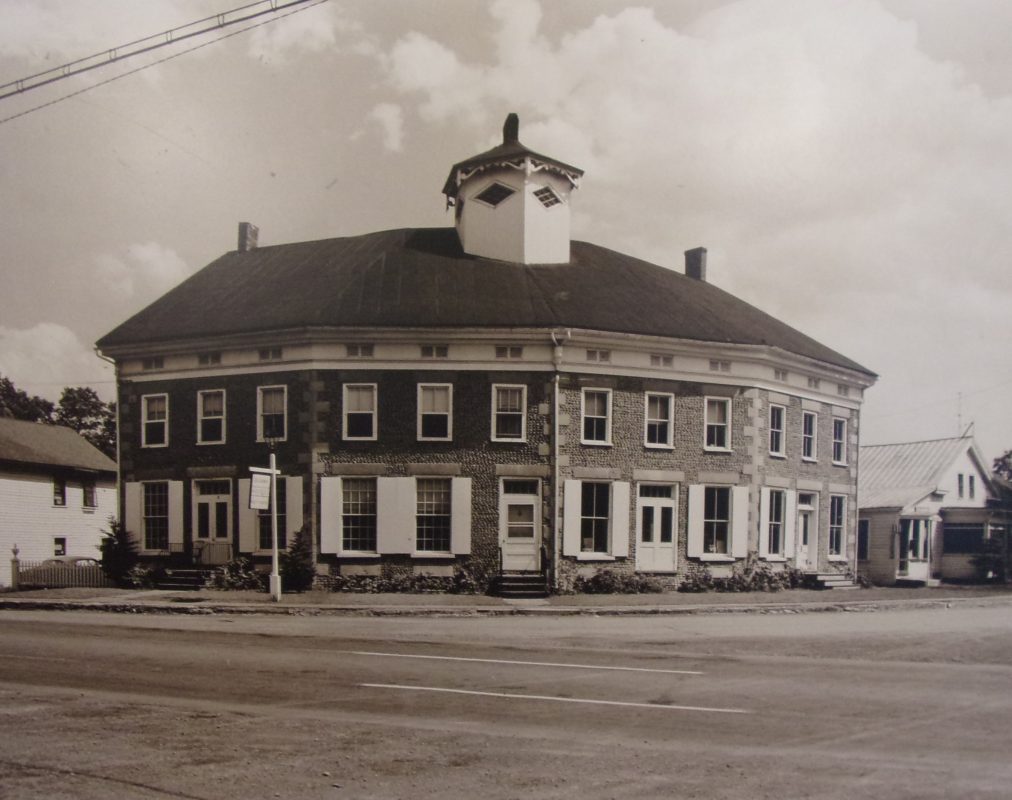 Madison County Coolidge Building
Route 20 and Canal Road, Bouckville (Madison County)
Designed to “turn the corner” visually, this 1847 structure originally housed stores and residences. The first owner, James E. Coolidge (who introduced hop growing in New York State) chose his site carefully for a commercial building. The building stands at what was the intersection of the Chenango Valley Canal and the Cherry Valley Turnpike (NYS Rte 20) in Bouckville, New York. The cupola, with its diamond shaped windows looks like a great masked head staring out over road and village. The limestone quoins, alternately long and short, are unusual. 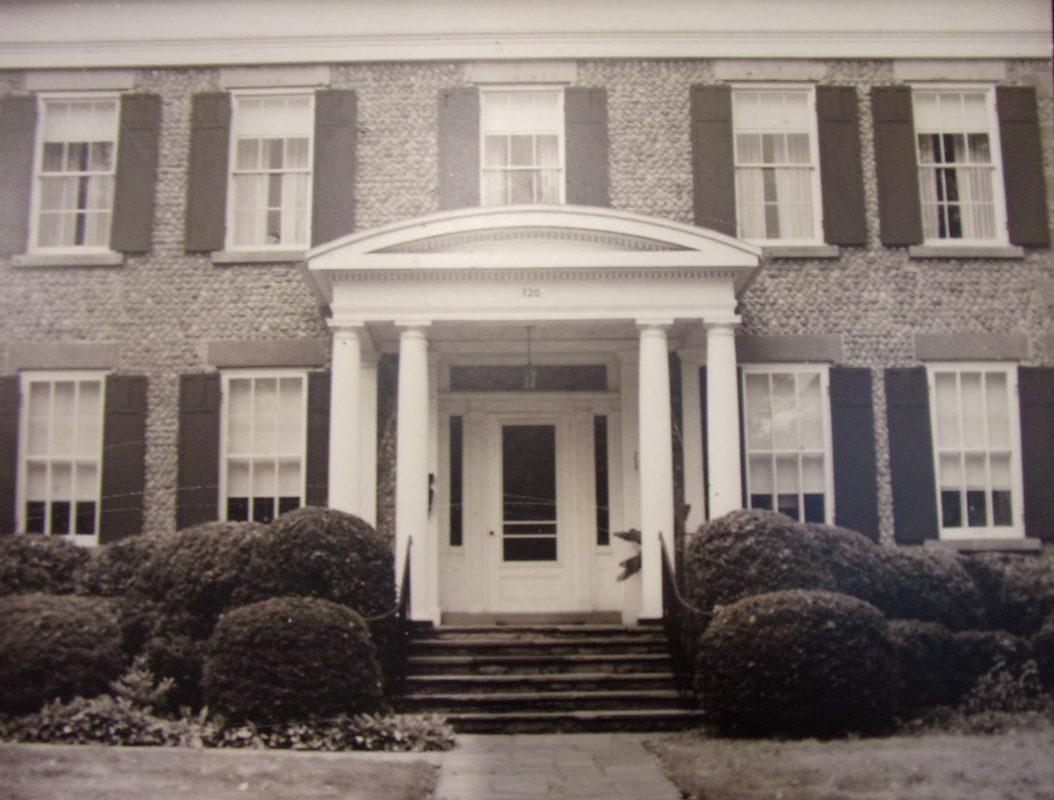 Barnes House
120 West Washington Boulevard, Bath (Stueben County)
Bath, as county seat and center of development in the early nineteenth century of this part of New York State, is a town where people lived with a special sense of social customs and a bit of aplomb. In 1851 County Judge Washington Barnes had this house built for him by Willington Salt. One glance tells that Barnes was a man of some stature in the community. The scale of the building is quite ample, with first floor ceilings more than twelve feet high The dentils at the main cornice are a nice refinement-and added expense. The porch is an early twentieth-century addition. 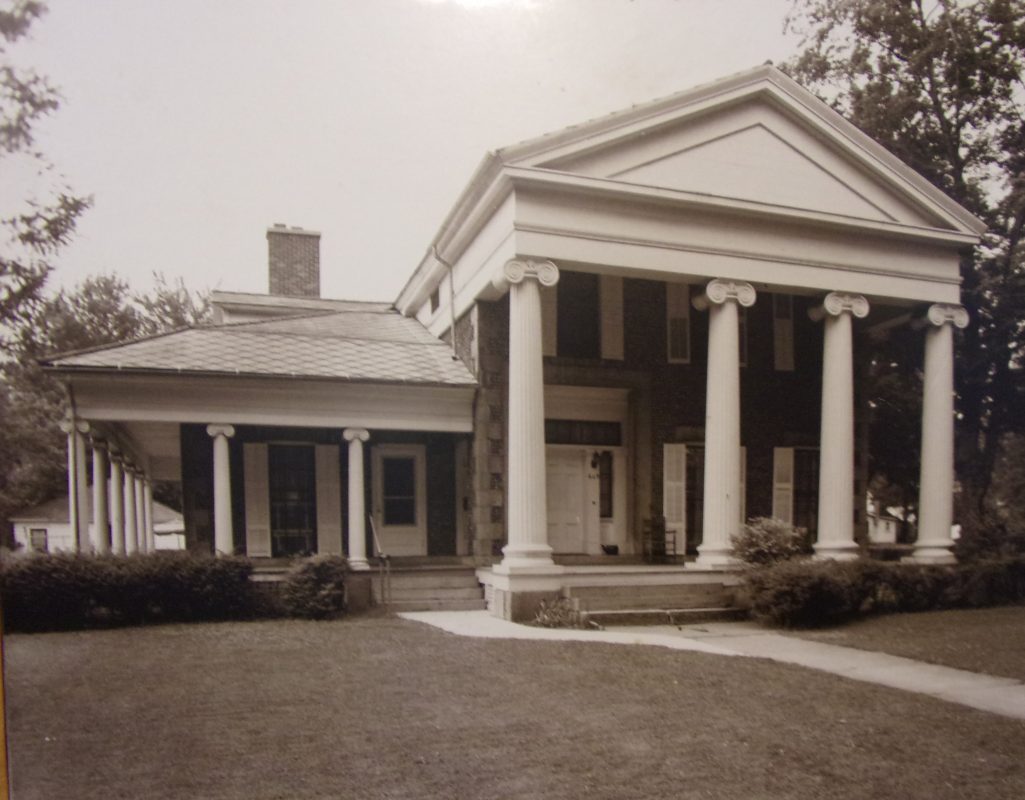 Hicks House
600 Vine Street, Liverpool (Onondaga County)
One does not often find unequal spacing of the columns of a two-story portico. It was done here to give proper framing to the main entrance. The columned side porch turns the corner and marches to the rear of the building. Jonathan Hicks is supposed to have been the first owner of this house, built about 1854 of water-rounded cobbles He was the owner of the National Hotel, also built of cobblestones, although the hotel has not been as splendidly cared for as the house. 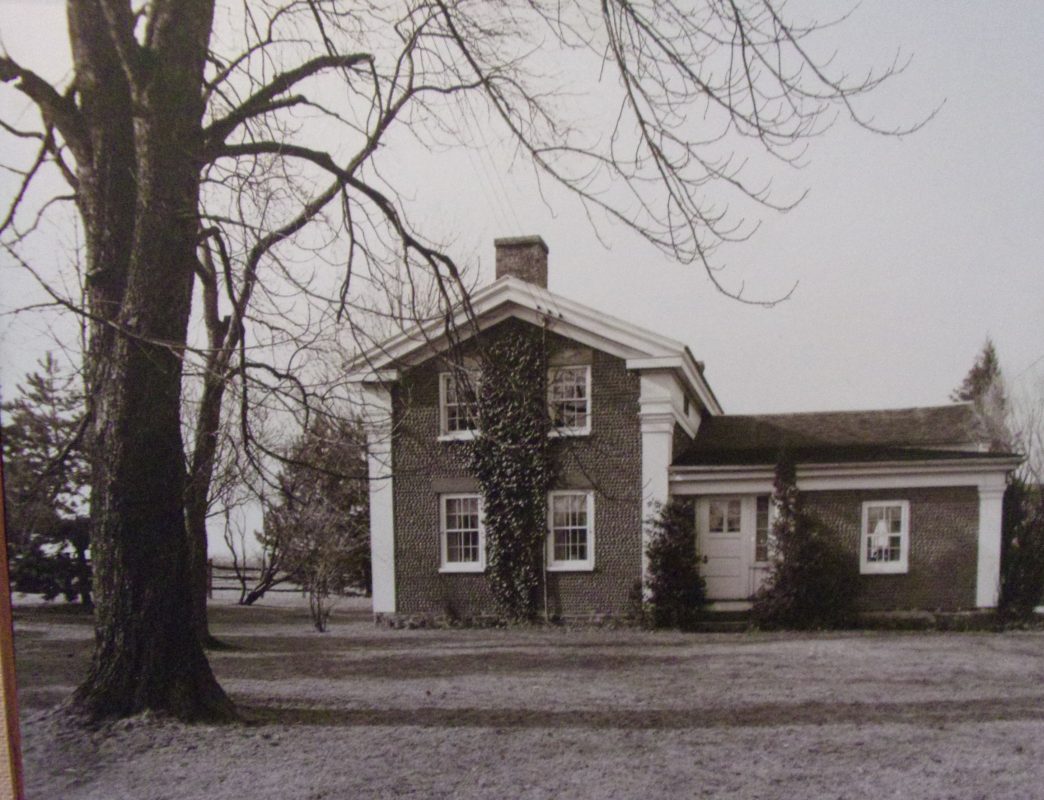 Bigsby House
Lake Road, Ontario Township (Wayne County)
The red water-rounded cobbled walls are outlined with white Greek Revival cornices and corner pilasters made of wood instead of the usual stone quoins. The low foundation is faced with roughly cut sandstone. This house dates from the mid-1840’s.

Hawks House
Route 96, Phelps Township (Ontario County)
Here the basic cottage form, one and a half stories, has gone Gothic. By placing a gable in the center and interrupting the eave at each side with a dormer, the roof is given the picturesque quality championed by A. J. Downing in the 1840s and 50s. Downing disliked Greek Revival and wrote widely read books and articles espousing new styles, particularly Gothic Revival. Hawks built his cottage in 1848 of dark red water-rounded cobbles form the Sodus Area. The curved head of the original Gothic window style is here simplified to straight lines The pointed top is emphasized by three rows of cobbles which follow the profile of the top. The louvered blinds are original. 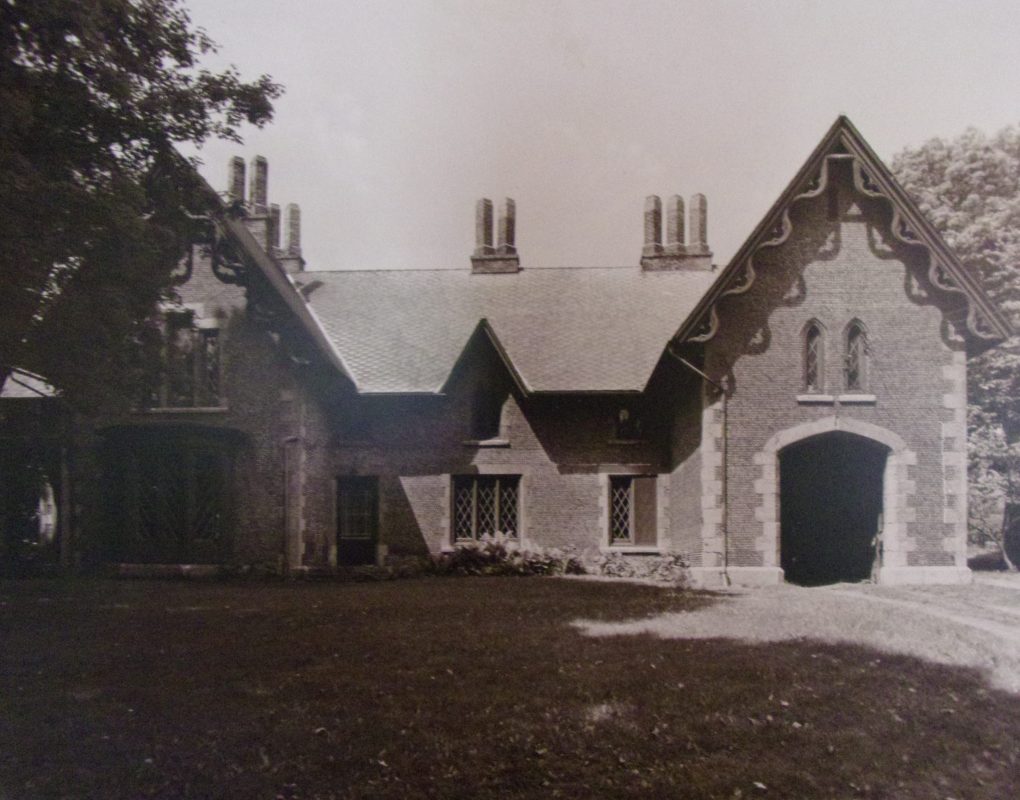 Munro House
Route 5, Elbridge (Onondaga County)
The Munro family was important in the development of this area, settling here in 1799. By the mid-nineteenth century they had prospered to such extent that John Munro, one of four sons of the original Munro family, felt a new home properly befitting a man of his position was in order. He had Thomas Atkinson, an architect who came from England, design the residence and stay with him during the two years it took to build this house, 1850-1851. The water-rounded cobblestones are very small and came from Lake Ontario near Oswego. Their color is mostly greenish gray. The roofing is slate and apparently original. Diamond-paned sash, filing all window openings, are also original. 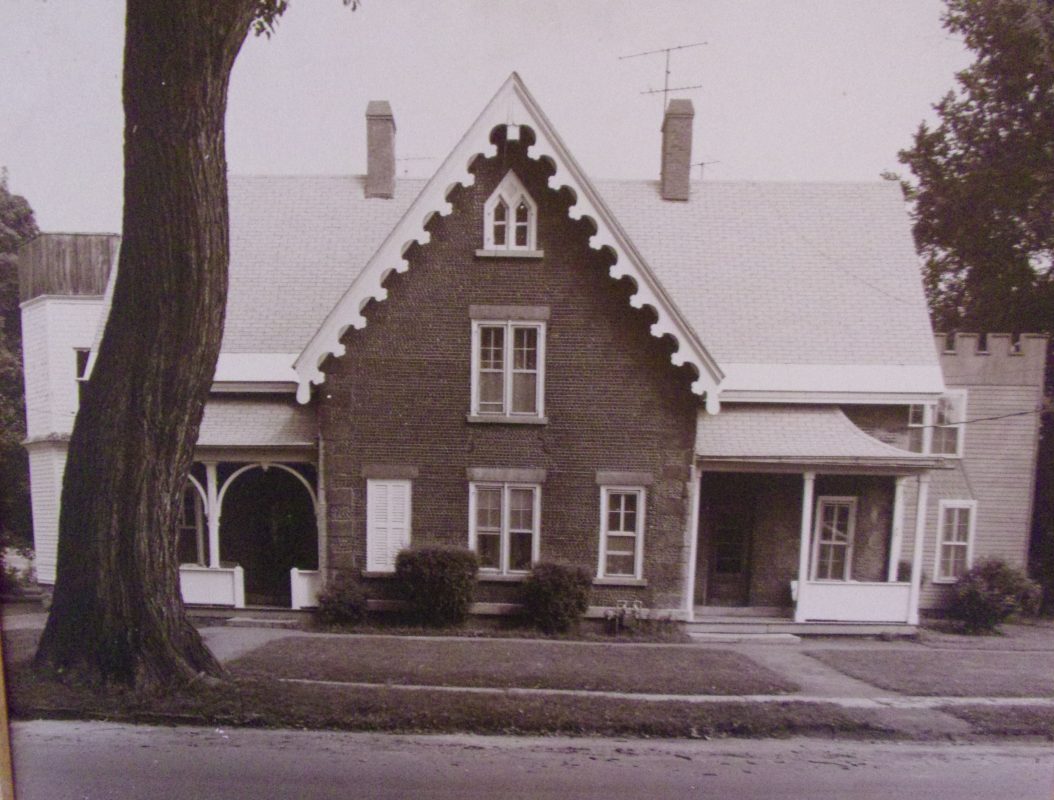 Simms House
5 Broad Street, Fultonville (Montgomery County)
Jeptha Simms, the original owner of this house, was a historian and author, particularly interested in Revolutionary history as well as that of the Mohawk Valley. Like Sir Walter Scott and James Fenimore Cooper, he preferred to live in a Gothic atmosphere. Simms gathered the water-rounded stones from the Mohawk and Schoharie Valleys and had this house built in 1850. The wood wing at the right rear with the crenelated parapet was added in 1883.

Your ticket for the: Cobblestone Landmarks