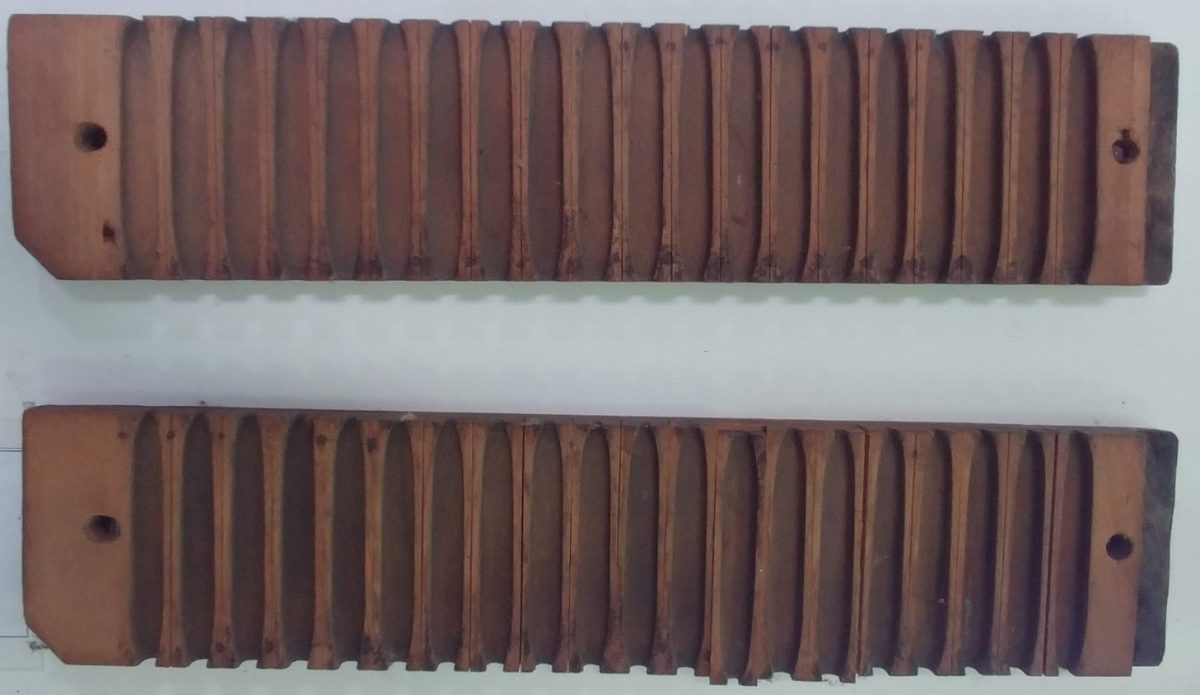 These cigar molds reveal an interesting tidbit about Orleans County history – tobacco used to be grown and harvested in western New York! After the Civil War, many Southerners refused to sell tobacco to the North so tobacco was raised in this area in the antebellum period. 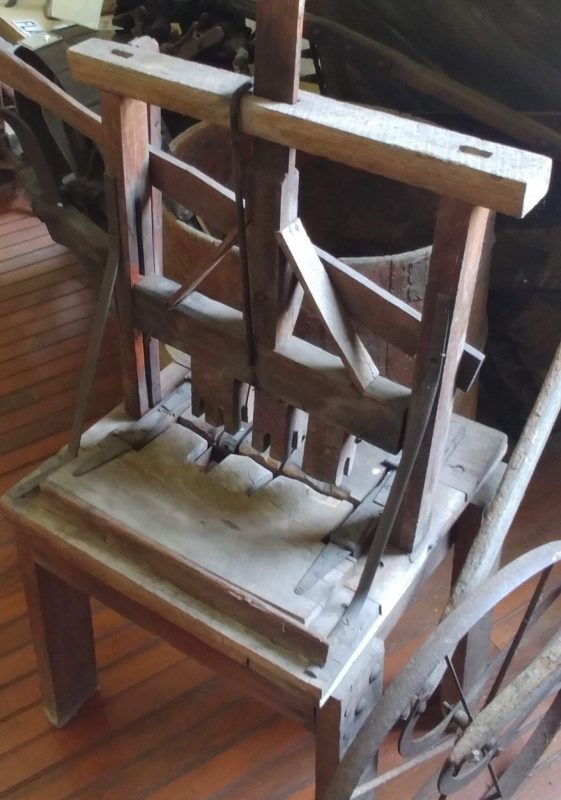 A prime example of 19th century ingenuity, this is a hand crafted potato cutter. The purpose of this device was to create chunks of potato, hopefully with an eye in each piece, so potatoes could be propagated. 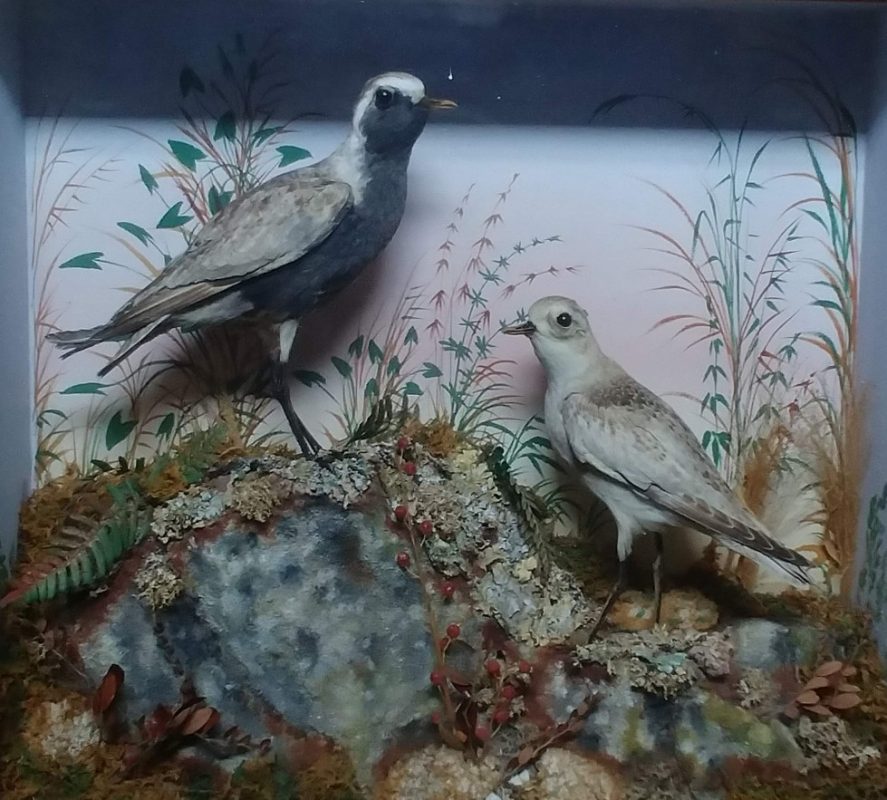 This case is part of the extensive taxidermy collection at Farmers Hall. This collection of over 30 taxidermy birds was created by David Bruce, who lived in the area and mentored the noted taxidermist and conservationist Carl Akely. These cases hung in Albion in the home of E.K. Hart, after which they were displayed in the Albion Middle School and eventually permanently loaned to the museum. 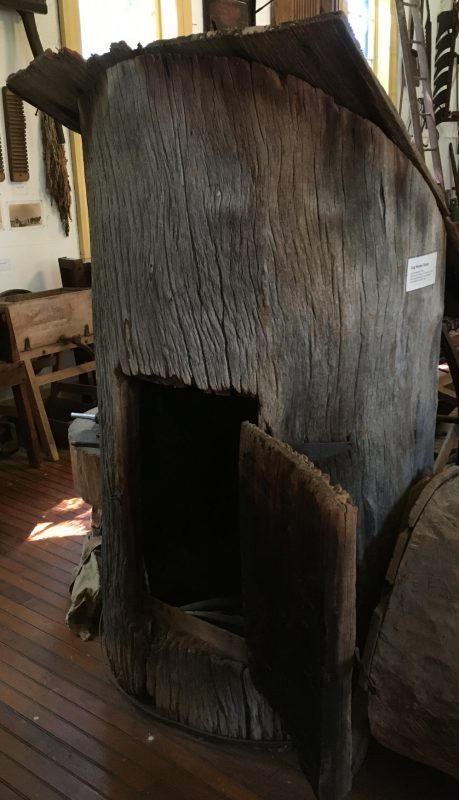 Pioneers and early settlers often used sycamore trees for building materials because the wood on the inside rotted out naturally, making it easy to scrape out the inside and use the hard bark. This smokehouse was crafted from the limb of a sycamore that was felled by what is now Lakeside State Park. The tree was reported to be at least 90 feet tall.

Your ticket for the: Artifacts – Farmers Hall