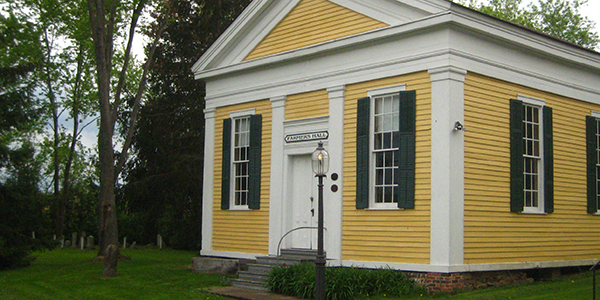 Constructed in 1855, this building served as a Universalist Church for several decades. In the 1870s, the German Lutherans became owners of the building and used it for services. It later became Kendall’s Town Hall and served that purpose until a new facility was constructed.