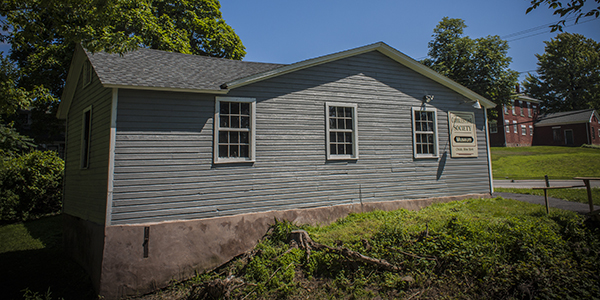 Upon the arrival of Joseph H. Vagg to Fair Haven, he began working as a blacksmith out of that same two-story brick shop after having spent seven years working the same trade with his brother-in-law in Barre. Unfortunately his business was destroyed in 1921 by a fire which started under mysterious origins.

In the spring of 1922, Vagg rebuilt his business and worked out of the blacksmith shop that currently sits on Rt. 98. Vagg began shoeing horses, forging iron work, and repairing farm machinery and eventually added a wood shop on the south end of the building. In February 1956, the doors of the Childs blacksmith shop were closed for good. Following the death of Joseph’s wife, Nellie Bulmore Vagg in 1975, the Cobblestone Society assumed possession of the property.