The hamlet of Childs lies just north of Albion at the intersection of Routes 104 and 98. In 2019, Childs was selected to be on the Landmark Society of Western New York’s Five to Revive list. This list draws attention to significant historic aspects of our built environment whose redevelopment can become catalytic projects for the communities that surround them. Tom Castelein, chair of the Five to Revive committee, explained that “the ultimate goal is to return these important historic resources to places of prominence in their respective communities, as economic and social assets that spark even more investment and revitalization.” While working with the Landmark staff, we found ourselves enjoying both the history and present day ambience of Childs and decided to share some of this with a greater audience. It seems appropriate to start this series on the hamlet of Childs at the beginning, with a biography of its founder, John Proctor. 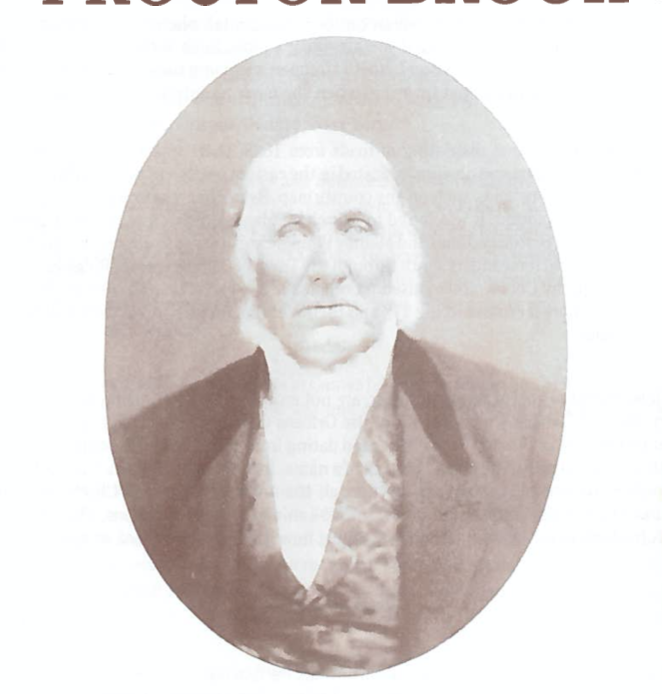 This is the only known photograph of John Proctor.

Born to a wealthy family in Massachusetts, John Proctor first came to this area in 1810 at the age of 23 after purchasing several large parcels of land from the Holland Land Office. It’s hard to imagine how wild and unpopulated this area was 200 years ago, but in “Pioneer History,” Proctor says he had to travel seven miles to get bread baked, and the nearest established village was Batavia. He built a cabin in what is now Childs and lived modestly for his first few years in the area, surviving on a few acres of corn, wheat, and potatoes. In 1812 he returned to Massachusetts on foot to marry his first wife, Polly. 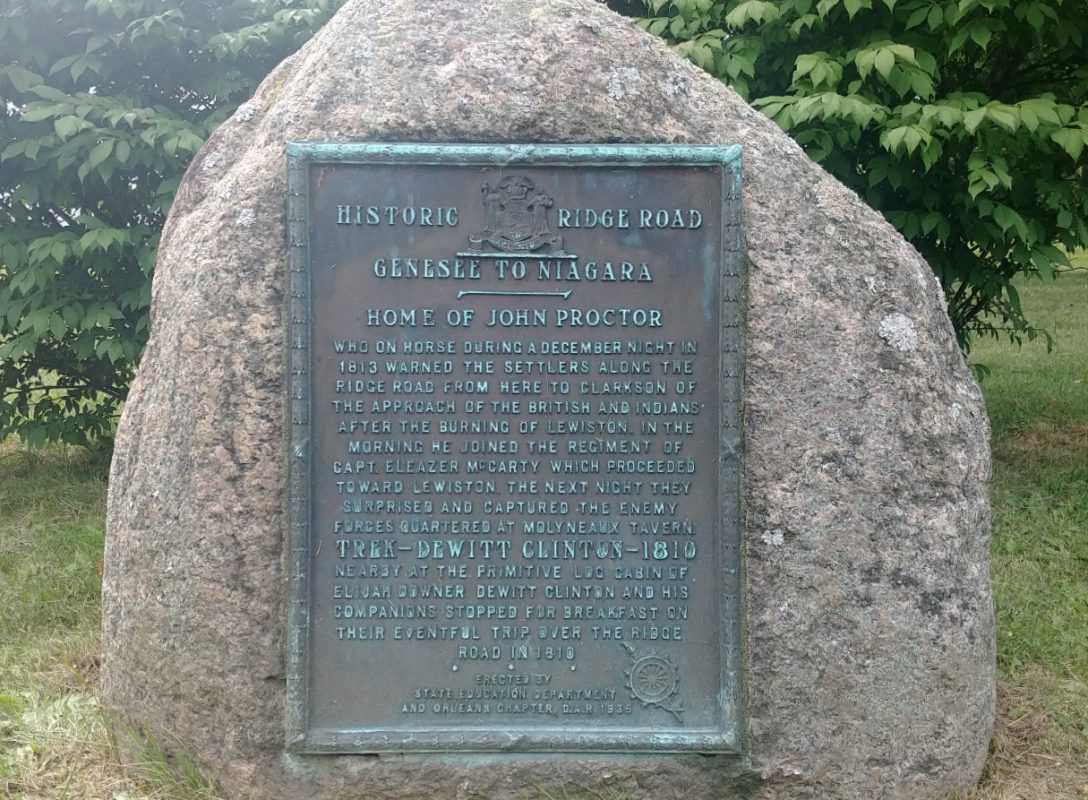 Located in front of John Proctor’s home in Childs, this plaque commemorates his participation in the war of 1812 as well as Governor Dewitt Clinton’s visit to Childs in 1818.

Perhaps John Proctor’s most famous accomplishment is his role as the “Paul Revere of Ridge Road.” In December of 1813, Proctor’s nearest neighbor (who lived four miles to the west) woke him in the middle of the night bringing word that the British were invading from Canada and had already burned the village of Lewiston. Proctor owned the only horse in the area, and so he rode 15 miles from Childs to Clarkson to warn other settlers that the British were coming. Afterwards, Proctor joined the local militia that had been raised and headed west to defend Lewiston. He recounts that he was grazed by several bullets in skirmishes and that he assisted in the capture of a group of redcoats and natives who were caught unarmed and very drunk at a tavern.
By this point, John Proctor had begun to make a name for himself. He was an active Mason and a prolific public servant, serving as the first collector for the town of Ridgeway as well as an overseer of the poor for the town of Gaines. Proctor had a vision for the hamlet and began to sell and rent his land to settlers, businesses, and churches that were starting to spring up in and around what is now Childs. In 1834 he paid for the construction of a cobblestone church for the Universalist Society of Gaines, and later sold a house of worship to the Free Congregationalist Church, an abolitionist congregation. Proctor was such a notable figure that before he named the hamlet Fair Haven, it was colloquially referred to as “Proctor’s Corners.” 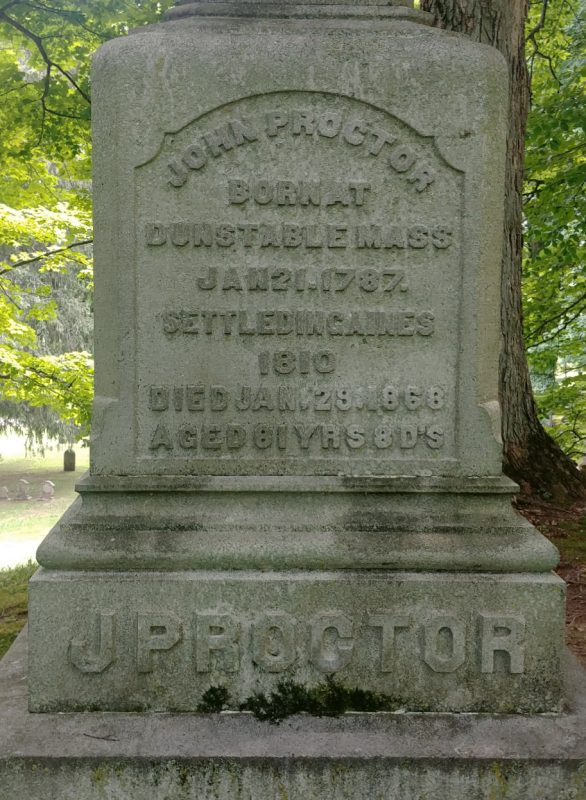 The Proctor family obelisk, located at Mount Albion Cemetery. The other sides of the monument memorialize Proctor’s wives and children, several of whom died in a typhoid breakout in 1828.

Although he was an outstanding member of the community, Proctor’s personal life was marked by tragedy. John was married four times and had to bury three of his wives, and while he had six children, only two of them survived to adulthood. Proctor alludes to these troubles in his short autobiography in “Pioneer History of Orleans County,” where he recounts getting out of jury duty in Batavia due to the “situation of [his] family.” I think it’s interesting that he dedicates an entire paragraph to recount a story of him shooting a deer but doesn’t write about three of his wives or any of his children. One can imagine how this might have been a sensitive subject for him.
John Proctor died on January 28, 1868. A Masonic memorial in the Orleans American described him as “an example of energy, frugality, [and] moral excellence.” I think it speaks to his character that his name isn’t plastered all over Childs today. He owned hundreds of acres around the hamlet and could have named it “Proctorville,” but he chose to call it Fair Haven. There is no Proctor Road, and the brook named after him was only discovered to be named so over a hundred years after Proctor’s death. In a 1988 pamphlet from the dedication of Proctor’s Brook, Dee Robinson refers to him as a “pioneer entrepreneur,” which seems to me like a fitting title for a man who did so much for his community and put Childs on the map.

Your ticket for the: Historic Childs: John Proctor