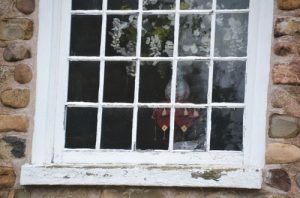 GAINES – The Cobblestone Museum is getting a much-needed boost to tackle preservation projects at the museum, a National Historic Landmark on routes 104 and 98.

The Rochester Area Community Foundation notified the museum today that it will be receiving a $23,000 grant towards restoring windows on the Cobblestone Church, and repointing on the historic building, as well as work on the next-door Ward House, which was built around 1840. The stairs on the house have been crumbling and will be fixed with the grant funds. 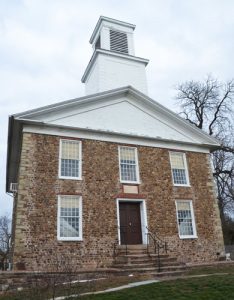 The Cobblestone Church on Route 104 has become popular for weddings.

Starkweather Miller and Diane Palmer, another board member, went over recent efforts by the museum to promote the county’s role in World War I, as well as lecture series, art exhibits with wine tastings, opening the church for seven weddings this year, and other outreach efforts, including participation in the upcoming Heritage Festival from Sept. 9-11.

Palmer said the museum really should be considered an Orleans treasure, with important buildings and collections from around the county at the museum grounds.

Starkweather Miller said the museum runs on a bare-bones budget with a part-time director and part-time volunteer coordinator. The museum could use some support from the county. The museum used to be included in the county budget, but was removed about a decade ago.

“We’re perceived as a group that is well off, and we’re not,” Starkweather Miller told county legislators today.

With more funding, the museum could better market itself and tap into the heritage tourism movement, she said. She would like to see the museum team up with other National Historic Landmarks to develop a trail of the important sites, such as the Susan B. Anthony House in Rochester. 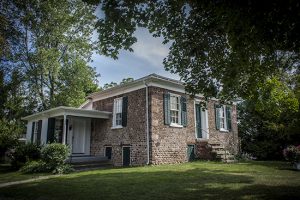 A grant will help pay to repoint the stairs at the Ward House, a home built around 1840 on Route 104 next to the Cobblestone Church.

There are about 2,500 National Historic Landmarks in the country, including about 250 in New York State. The Cobblestone Museum is the only site with such lofty historic status in Orleans County.

Callard urged the museum’s leaders to fill out a funding request form. The request would then go through the budget process. The Legislature typically approves the budget in late November-early December.

Your ticket for the: Foundation gives $23K grant to Cobblestone Museum